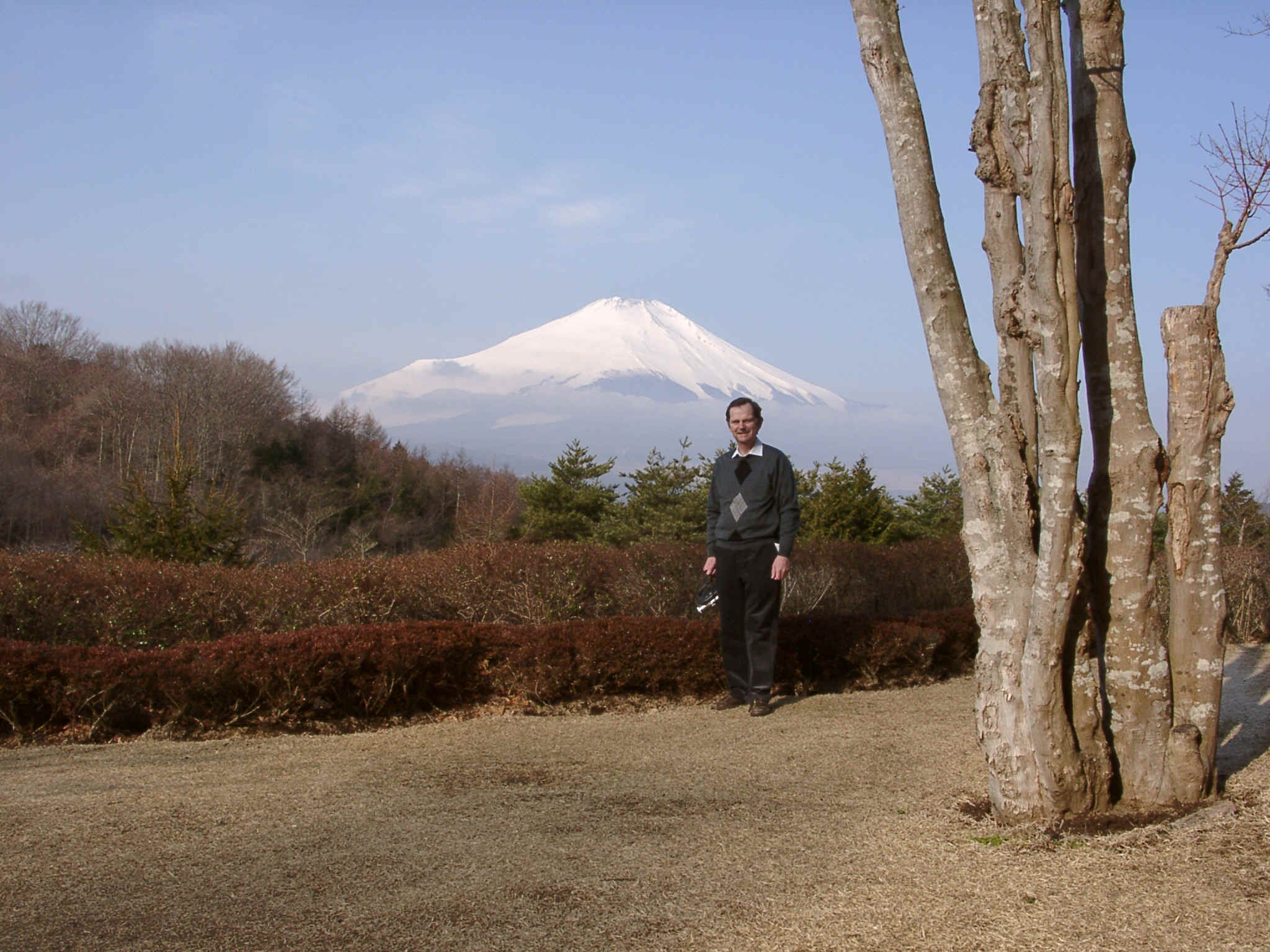 On the 27th March 2003, Agnes and I flew out from Heathrow to stay for eight days with our son, John, and His wife Kyoko and Kyoko's mother, Kumiko Hayashi-san. At that time the second gulf war was gathering its momentum and as a consequence the Virgin Atlantic flight was barely half full. We welcomed the opportunity to "spread ourselves out". But it is a wearisome flight, nonetheless: eleven and a half hours over Europe, the Russian Federation - and the bulk of it over the Siberian wastes roughly following the line of the Arctic Circle. We landed at Tokyo Narita at about 11.00 a.m. local time the next morning.
John, Kyoko and Kumiko met us shortly after our arrival. The plan was that we should drive through Tokyo, taking the road south west to the coastal resort town of Atami, on the edge of the Hakone National Park. From there we would take the ferry to the volcanic island of Hatsu-shima where we would be guests at one of a chain of resort hotels for which Kumiko has membership. The facilities in the hotel could only be called luxurious, being divided into self contained apartments, with sitting room, bathroom, main bedroom and tatami room.
We had a Japanese meal in the evening and then stayed on in a very plush piano bar, enjoying some dancing until 11.00 p.m. We had effectively lost a whole night's sleep, but it turned out to be the best way to minimise the effects of jet lag. 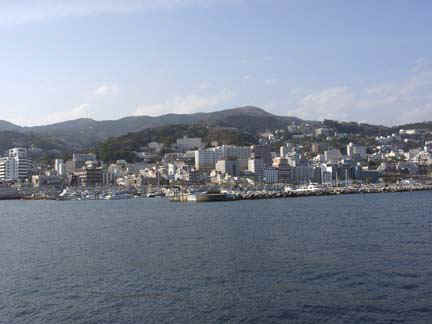 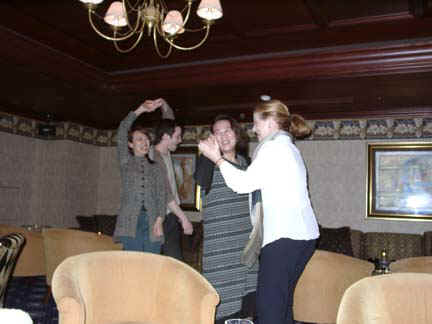 Dancing at the Piano Bar at Hatsu-shima
Kyoko, John, Kumiko and Agnes

On Saturday 29th March we took the crossing back to Atami, collected Kumiko's car and set off for the Hakone National Park. This is a beautiful region of mountains and lakes, and dominated by Fuji-yama, Japan's celebrated volcano. We had visited the area before when we travelled to Japan in November 2001 for the occasion of John's wedding. However, the weather had been disappointing then and the low cloud base prevented us from seeing anything of Mt Fuji at all. And on this Saturday the weather was little better - rain and sleet showers becoming increasingly more frequent the higher we drove. We visited a fascinating and well laid out open air museum of modern sculpture and art at Hakone town on our way towards the resort of Yamanakako where we were to stay that night

We arrived at the Yamamanako lake resort late in the afternoon. I was aware that Fuji-yama was only some fifteen kilometres to the south west, but the gathering mist denied us any sight of it. I feared the same disappointment that we experience sixteen months previously. But the resort was, if anything, even more luxurious than that at Hatsu-shima. The photos below are of us at dinner. To our delight, the staff assured us that the next day, Sunday, would be one of clear skies, and indeed, on looking out of our  window before going to bed, I could see the stars.